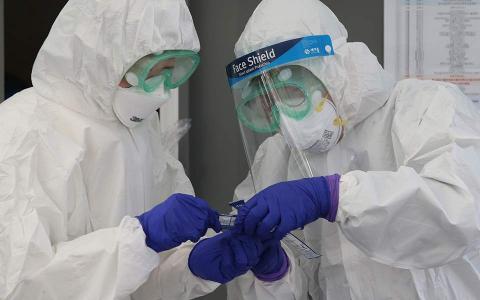 Greece reported 102 new coronavirus cases on Tuesday, including 20 people on a ship and a female asylum seeker who recently gave birth in hospital in Athens, the first recorded case among thousands of migrants kept in overcrowded camps.

Authorities said they were attempting to trace where the woman had become infected and looking at the possibility it may have been at the hospital.

She had been in a migrant camp on the Greek mainland which hosts up to 2,500 people.

Nobody else at the camp has tested positive, migration ministry sources said. The camp has an isolation area for coronavirus patients should the need arise, the sources added.

"Authorities are tracing her recent contacts," Health Ministry representative Sotiris Tsiodras told reporters. He said a person who lived with the woman had tested negative.

Greece, which reported its first...