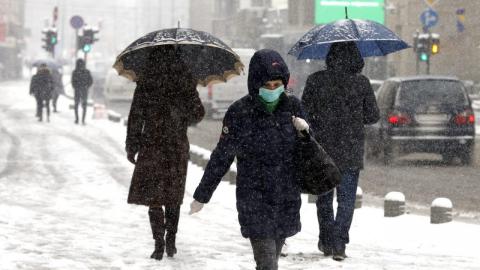 Bosniak political parties in Serb-dominated Republika Srpska have threatened to try to veto a state of emergency intended to help curb the spread of the coronavirus because they say they have not received guarantees that checkpoints will not be set up on the boundaries of the entity to restrict movement.

Opposition parties in Republika Srpska also oppose the imposition of a state of emergency, claiming it will lead to the suspension of the law and the introduction of a dictatorship.

Currently an 'emergency situation' is in force in the entity, a less strict measure than a state of emergency.

The authorities argue that this is not enough and that some laws need to be amended quickly to combat the epidemic more effectively, which requires a state of emergency.

A majority of MPs voted in favour of a state of emergency at an extraordinary session of parliament on Saturday.

But Bosniak parties have said that they might block it by invoking a constitutional mechanism designed to safeguard the so-called 'vital national interests' of each of the country's three main ethnic groups (Bosniaks, Croats and Serbs).

Alija Tabakovic, chairman of the Bosniak delegates' club in the Republika Srpska Council of Peoples, told Bosnian media that the move was not political but was being made because three basic assurances have not been given.

"One of the points was that no checkpoints would be set up on the entity line, the second was that [post-war Bosniak] returnee populations are taken care of and the third was that the delivery of humanitarian aid or medicines between the entities would not be prevented and impeded. That was the minimum [guarantee required for backing the state of emergency]," Tabakovic said.