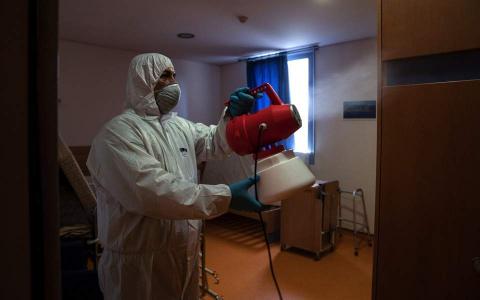 The Greek government is reportedly mulling the introduction of limits to the amount of time that people leave their homes so as to further curb the spread of the Covid-19 virus, Kathimerini understands.

Even though no official announcements have been made, the idea is reportedly gaining traction within the government as Easter approaches.

Deputy Citizens' Protection Minister Nikos Hardalias hinted at what might be in the pipeline, saying that one cannot go out for an unlimited time.

Meanwhile, government spokesman Stelios Petsas said Monday that people should be aware that they won't be celebrating Easter the way they are used to this year.

"We will not have Easter in the village, we will not cook in our yards and we will not visit our churches," he said in what was seen as part of a government effort to prepare public opinion for an extension of the "We...