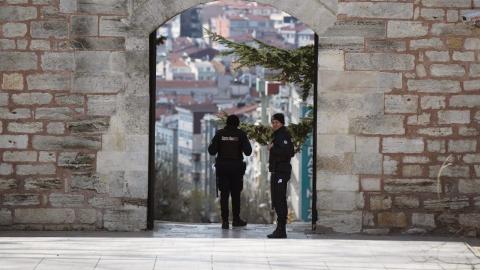 The ruling Justice and Development Party, AKP and its junior partner, the Nationalist Movement Party, MHP, introduced a new bill to the Turkish Parliament on Tuesday aimed at releasing 90,000 prisoners.

The bill, which will be voted upon by MPs soon, will increase probation time and decrease sentences.

All prisoners older than 65 will be freed under supervised release procedures.

However, people who were arrested after July 1, 2016 or were jailed for sex crimes, drug offences, terrorism and violence against women are excluded from the proposed legislation.

"Terror crimes which have been seriously harming our nation are excluded from this bill without any exception," Cahit Turhan, a lawmaker with the ruling AKP, told a press conference at the Turkish parliament.

The proposed bill has been on the agenda for a long time but the ruling party advanced the legislation amid the spread of the novel coronavirus.

Opposition parties and rights groups have long been pushing the government to release prisoners from the country's overcrowded prisons.

According to Turkish Justice Ministry, 300,000 people are currently in prison but the capacity of Turkish jails is only 235,000.

The exclusion of people convicted of terrorism offences means that those jailed because of their alleged links with terrorist organisations including with exiled cleric Fethullah Gulen's movement, which the government blames for a failed coup attempt in June 2016 and classifies as a terrorist organisation, will not be freed.

More than 70,000 people including army and police officers, academics, teachers and civil right defenders were arrested after the coup attempt.

Among the alleged political prisoners who will also not be freed are 86...