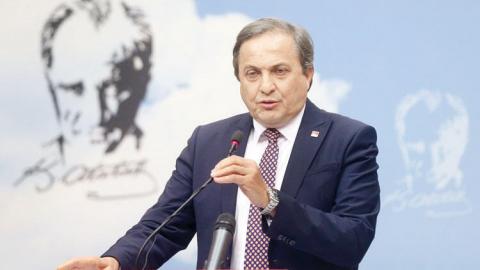 "Don't halt [the donations]. If the citizens suffer, they will hold you accountable for this," Torun told reporters at a press conference on April 1.

Citizens have made voluntary donations to CHP-run municipalities, which have received the money under their legal rights, said Torun.

"Those stopping these [donations] are committing a crime," he stated. "We need to meet the necessities of the people in the regions of these municipalities, he emphasized.

The majority of the municipal assemblies of the Istanbul and Ankara metropolitan municipalities is made up of the ruling Justice and Development Party's (AKP) members.

Torun recalled that other municipalities such as Konya province - run by the AKP - are able to collect donations and that the justification behind allowing them so is that the decisions were taken by the municipal assemblies.

The CHP also plans to file a lawsuit against the government's move to hamper the donations collected by the CHP, Torun said earlier on March 31.

Ankara Mayor Mansur Yavaş, meanwhile, said they would no longer use the accounts of lender Vakıfbank for the salaries of municipal employees since the bank has blocked the donation account of the...