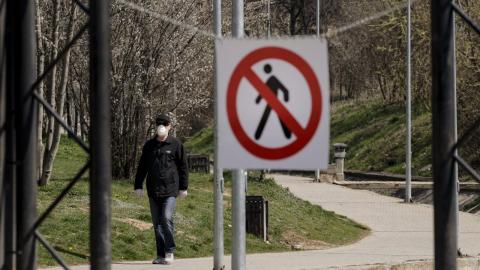 Vucic was hardly a liberal, democratic, pro-European figure to begin with, so pronouncements about the demise of European solidarity from a man who spent most of the 1990s and 2000s in the ranks of the Serbian ultra-nationalist movement, and who was Slobodan Milosevic's Minister of Information, should be taken with a moose-sized saltlick.

Moreover, Vucic's adoration for the Chinese Communist Party hardly originated with the onset of the novel coronavirus. For years, his government has been one of the premier destinations in Europe for Chinese investment, surveillance technology, and arms.

In other words, Vucic was engaging in political theatre. He was rubbing the EU's face in its struggle to mount a coherent, joint effort to tackle the COVID19 pandemic - in Italy, more so than in Serbia - and so to portray ensuing EU aid monies as a major win for his own government.

And while he sold his own voters the myth that he had shamed the Europeans into making major financial concessions, he was simultaneously currying favour with his new benefactors in Beijing, who, incidentally, engaged in a bit of political theatre themselves by initially shipping (faulty, one assumes) medical equipment to Belgrade via the President's personal jet.

Journalists wearing face masks wait in front of the government building of the Republic of Kosovo in Pristina, Kosovo, 2020. Photo: EPA-EFE/VALDRIN XHEMAJ

To be clear, legitimate criticisms can be made of the EU's response to the COVID-19 crisis, especially as concerns the situation in Italy. But one must distinguish between genuine critique and political opportunism.

And Vucic, like his counterpart in Kosovo, Hashim Thaci, is a political opportunist, and a morbidly cynical one at that. Because while...