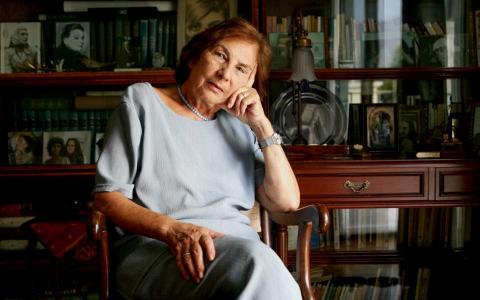 The death in February of Greek writer Alki Zei, at the age of 97, closes not only a life of distinguished authorship but also a period of Greek history which is about to come under review. With the bicentenary of the War of Independence next year, and the centenary of the Anatolian Catastrophe in 2022, Zei's lifetime embraces many cardinal points of modern history.

The fact that Turkey is itself due to celebrate the centenary of the modern republic in 2023 is a salutary reminder that the entire region owes its political status to the events from 1912 (the First Balkan War) to 1923.

Zei grew up partly on the island of Samos, where her mother was from and where many of the Anatolian refugees found shelter. Today, it is the tragic site of confrontation between Greek citizens and their own security forces, as this new catastrophe emanating from Anatolia unfolds.