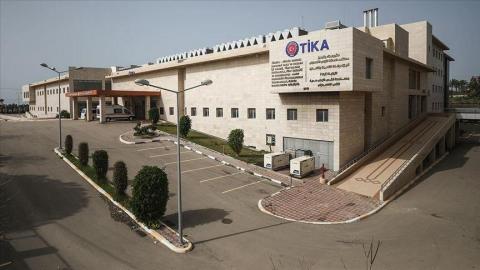 Recep Tayyip Erdoğan, agreed during a telephone call to start operations at the hospital.

Funded by the Turkish Cooperation and Coordination Agency (TİKA), the construction of the 180-bed hospital was completed in 2017.

Palestinian authorities confirmed 117 virus cases, including 10 in the Gaza Strip.

Gaza's health system has been delimitated by Israel's 13-year blockade amid a severe shortage of medicines and equipment.