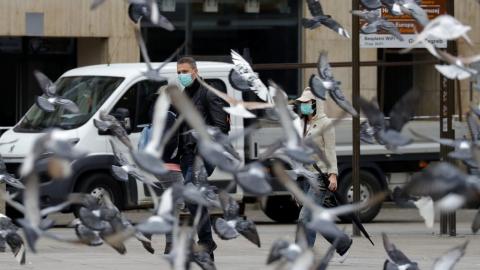 Then the world stopped.

The threat of the virus was becoming clearer before that Friday, though. Three days before the Dinamo vs Dragovoljac game, news came in that the first Croat carrying the coronavirus had contracted the disease at a Champions league game in Milan between Atalanta and Spanish side Valencia on February 19.

At the time, only 17 cases were confirmed in whole of Italy; a month, later the numbers stacked up to more than 75,000. Some now say that particular match, with more than 40,000 people attending, helped to kick-start the fast spread of the infection. Days later, the first matches began to be held behind closed doors, amid fear of the disease spreading further amongst crowds.

At the beginning of March, measures had spread throughout the sports industry and before we knew, everything went completely dark.

For me and my colleagues, this was a shock. There had been cases in history of sports being put on hold due to emergencies, but that was exclusively due to wars and/or large-scale terrorist attacks. But now sport succumbed, like everything else, to something we cannot see or touch but still need to fight against with everything we have. The phrase, "You don't know what you've got 'till it's gone" comes to mind, and cannot be truer in this case. It's not just the work-related issues; it goes way beyond that.

Football is my biggest passion. Hardly a day goes by in the week when I don't watch a game, or a weekend when I don't personally attend one. And I don't make differences, or have preferences; sometimes, two local amateur teams can produce far more entertainment than the biggest and the richest out there.