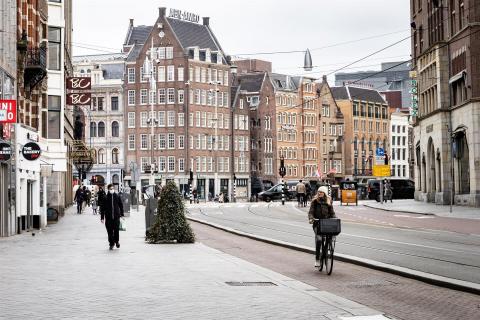 Some 124 Turkish citizens living abroad have died due to COVID-19, Foreign Minister Mevlüt Çavuşoğlu has said.

He said more than 20,000 citizens in total have been brought back to Turkey from 50 countries.

The foreign minister said together with relevant institutions efforts were underway for the return of more citizens, who have recently made
requests.

Around 1,700 Algerian citizens stranded in Turkey will be sent back to their country starting from March 3, Çavuşoğlu said, noting he had spoken to his Algerian counterpart Sabri Boukadoum on the issue.

He noted there are 1,200 Turkish citizens stranded in Algeria and they would be brought back via Turkish and Algerian airlines.

As many as 1,000 Turkish citizens in Saudi Arabia will be also brought back on the instructions of President Recep Tayyip Erdoğan.

All the passengers will be put in quarantine upon their arrival, Çavuşoğlu said.

According to deputy foreign minister, 47 Turkish citizens died in France, 23 in Germany, 20 in the Netherlands, 10 in Belgium, nine in the U.K., six in U.S., five in Sweden, three in Switzerland and two in Austria.

In Turkey, the virus that originated in China last year, has infected 15,679 people, and caused 277 deaths, as of March 2 evening.

150 Turks from Azerbaijan put under quarantine

As many as 150 Turkish citizens safely landed on March 2 in Turkey after being evacuated from Azerbaijan amid COVID-19 fears,
according to local sources.

The students and a family arrived in...

Trabzonspor to appeal at sports court over UEFA ban