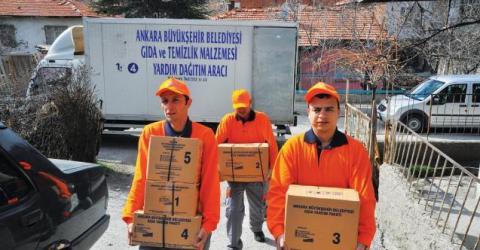 Municipalities being run by the main opposition Republican People's Party (CHP) will continue to deliver aid to families in need due to the ongoing coronavirus outbreak despite the blocks imposed by the government, the head of the party said, calling on the government to coordinate efforts for the sake of society during these difficult days.

"This time is not good for heroism. Let's compete in lending aid to the people, as our religion tells us," Kemal Kılıçdaroğlu told the private broadcaster Fox TV in an interview on April 3. "Cooperation must be ensured between central and local governments in aiding the people."

The government slammed the main opposition mayors, Ekrem İmamoğlu of Istanbul and Mansur Yavaş of Ankara, for "acting like a state within a state" and urged them to support the National Solidarity Campaign launched by President Recep Tayyip Erdoğan on March 30.

"Despite restrictions, our municipalities will continue to provide assistance to those who are in need. It is our responsibility to ensure that no child in this country will go to bed starving," Kılıçdaroğlu said.

The government had to launch this campaign due to the lack of resources in the...