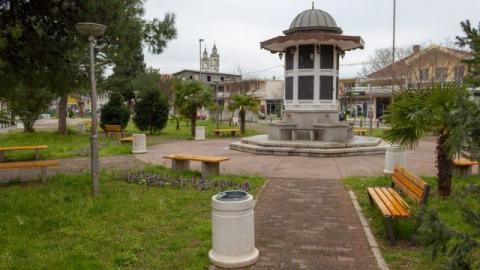 Since Montenegro banned public gatherings on March 18, only priests and clerics can enter and pray in churches and mosques until the epidemic is over.

But believers are not being totally starved of religious comfort as a result. In the town of Tuzi, for example, a local TV station, Boin, has begun broadcasting live prayers from both local churches and mosques. Every Sunday, Boin broadcasts mass from the local Catholic church in Tuzi, while on Friday it carries prayers from the local mosques.

TV Boin's owner, Sandra Bojaj, said the broadcasts started as soon as the government declare the pandemic measures in the country.

"We decided to be a link between priests and citizens. This is the first time in our history that people can't go to places of worship, so we decided to make the situation easier for them," Bojaj told BIRN.

On March 24, the government imposed a complete lockdown in Tuzi, a mainly ethnic Albanian town of some 15,000 residents, after public health officials detected 15 coronavirus cases there.

Since then, all roads from Tuzi to the capital Podgorica have been blocked, police patrol the streets and movement outside the home is banned.

"Since then, broadcasting prayers has gained more importance as people sit at their homes, seeking comfort," Bojaj said. While the Islamic Community in Montenegro has closed its mosques and told clergy to hold their prayers in them alone, local televisions in Rozaje and Teuta have started broadcasting weekly religious sermons at the usual time of Friday prayers.

In the first sermon, Islamic Community leader Rifat Fejzic reminded believers to stay at home and respect the government's measures.