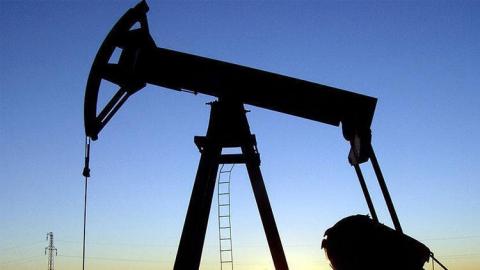 The low oil price environment in the global market is dragging the Middle Eastern oil-producing countries to collapse, whose economies are strongly dependent on crude oil production and exports.

Due to the novel coronavirus (COVID-19) keeping global oil consumption weak, and the oil price war between Saudi Arabia and Russia, crude oil prices are fluctuating below $30 per barrel since March 6 when OPEC and non-OPEC nations failed to reach an output curb deal.

Low crude prices are seriously threatening most oil-producing countries in the Middle East and North Africa (MENA) who need higher oil prices to balance their budgets.

Nigeria needs a breakeven price of $144 per barrel of Brent crude on average to balance its government balance this year, while Bahrain requires $96 a barrel, according to data from global rating agency Fitch Ratings.

Saudi Arabia, OPEC heavyweight and the world's largest crude exporter need a breakeven of $91 per barrel, while Oman needs $82 a barrel, Abu Dhabi requires $65 per barrel and Qatar needs $55 a barrel, the data shows.

While Algeria needs $109 per barrel of average Brent crude in 2020 to balance its budget, Angola has a breakeven price of $55 per barrel, and the United Arab Emirates (UAE) needs $70 a barrel, according to International
Monetary Fund (IMF) data.

The data shows that Venezuela and Libya each need around $100 per barrel to balance their budgets this year, while Iraq stands at $60 a barrel and Iran is at a whopping $195 per barrel.

For non-OPEC countries such as Russia, Mexico and Kazakhstan, an average Brent crude price of $42 per barrel, $49 per barrel and $58 per barrel are needed this year to balance their budgets.
Oil-producing countries in the MENA region are...