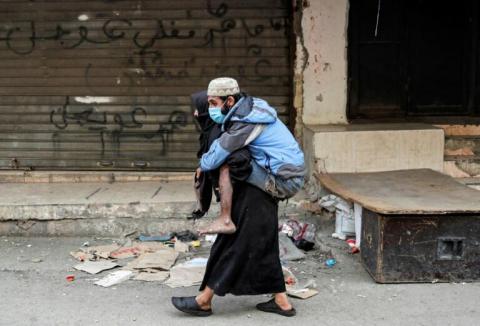 So far just one Palestinian, who lives outside a camp, and three Syrians have tested positive for COVID-19 compared to 520 infections and 17 deaths across Lebanon, according to officials.

But Palestinian and Syrian refugees who live in cramped quarters, including tent camps where basic services like water are poor, are particularly vulnerable to the illness.

"The main concern remains... the spread of coronavirus in the overcrowded Palestine refugee camps where there are very limited possibilities for home isolation," said Huda Samra, a spokeswoman for the U.N. Palestinian refugee agency UNRWA.

The agency, she said, is looking to set up "isolation centers" inside the camps to quarantine anybody who needs it.

Similar structures are being set up for Syrians living in close quarters in seas of canvas tents in the east of the country, the U.N. refugee agency UNHCR says.

But deteriorating cases will have to be evacuated to Lebanese intensive care units, where aid workers fear there may not be enough beds.

Aid organizations have also been ramping up efforts to raise awareness about basic hygiene among both the Syrian and Palestinian communities.

The Norwegian Refugee Council says it has increased water deliveries and supplied soap and bleach to both.

Cars mounted with loudspeakers have been making...