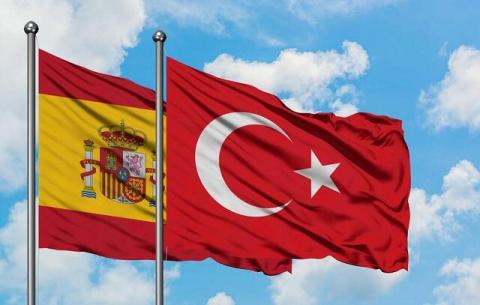 Turkish foreign minister on April 4 said the government authorized the transfer of ventilators to Spain, and dismissed reports claiming that the Turkish administration sought to confiscate medical equipment amid COVID-19 outbreak.

"Confiscating [medical] products is an ugly accusation," Mevlüt Çavuşoğlu said in a live broadcast and added that the Spanish Foreign Ministry corrected reports as well.

Çavuşoğlu said a total of 94 countries requested medical equipment and items from Turkey in a bid to battle the virus, and it was not possible to meet the needs of all as the country itself needed such equipment.

Exporting medical items are required to have the authorization of the Health Ministry, he said, adding that Turkey has so far dispatched medical items to 23 countries.

"[Private companies] go and make contacts with some countries, they put the country [Turkey] in a difficult situation for the sake of earning money. This is not right," he said.

"We have authorized [export of] 116 ventilators to Spain following the instructions of the Health Ministry, and they will be sent to Spain in the coming days," he said, adding Turkey was an ally of Spain.

He further noted that Turkey has provided support recently, and the move was highly appreciated by the Spanish authorities.

COVID-19 has so far claimed 156 Turkish citizens living abroad, and...