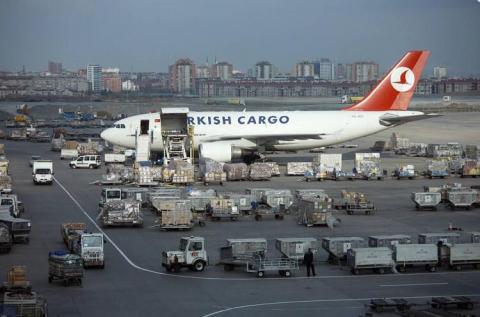 The statement emphasized that the new type of coronavirus (COVID-19) brought the entirety of the travel industry nearly to a halt after declaring as a pandemic by the World Health Organization (WHO).

It is also stressed that over half of the passenger flights are canceled compared to last year's March, and in countries that hit hard by pandemic such as Italy has seen their flights reduced by 90 percent.

Meanwhile, Turkish Cargo continues to carry the products needed by the world aided by its geographical advantage, strong fleet, and growth strategy.

Steadily increasing its performance in recent years, flag carrier air cargo brand contributes to the stability of the world by carrying products such as food, medicine, and medical equipment to their destinations.

Turkish Cargo, in addition to its flights with 25 high capacity freighters, has started to operate cargo flights with Turkish Airlines' passenger aircraft as they are currently unable to carry passengers due to the travel restrictions.

For its cargo freighters, the flag carrier has planned 155 flights per week departing from Istanbul in April. As for the passenger aircraft, which are being used for cargo operations, the current planning...