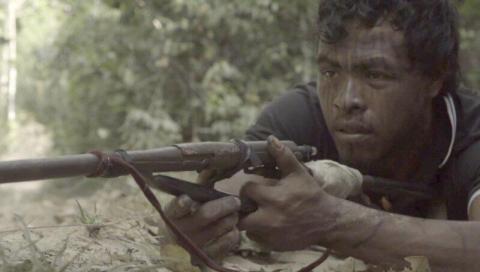 The Brazilian state of Maranhao is asking the federal government to send National Guard troops to the Arariboia Indigenous Territory after a string of attacks, including five killings, targeting tribesmen known for their fight against illegal deforestation.

State authorities said they decided to seek federal help after Antonio Filho Providjncia Guajajara, a member of the Guajajara indigenous tribe, was shot in the head on April 4. He was found alive and taken to a nearby hospital.

The attack happened just a few days after another member of his indigenous community was slain. On March 31, Zezico Guajajara, a teacher who had repeatedly denounced illegal logging, was found shot to death on a road near his village.

Since November, five Guajajara men have been killed.

"I request that the National Guard be sent to the indigenous area, a federal territory, to prevent further conflicts and deaths," the state's human rights secretary, Francisco Gongalves, wrote in a letter to Justice and Public Security Minister Sergio Moro.

The letter cited "growing internal conflicts" in the indigenous territory, as well as links with organized crime in the region.