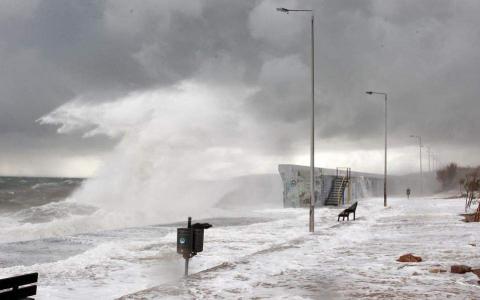 Gale-force winds disrupted ferry schedules from Piraeus to the islands of the Northern and Eastern Aegean on Monday.

The winds, reaching up to 9 and 10 on the Beaufort scale, have led to the suspension of the Nissos Samos ferry service from Piraeus to Chios and Mytilini, while the ships leaving from Lavrio to Kea island also remained tied at the port.

On the mainland, the Rio-Antirrio service was suspended, while in northern Greece, the Kavala-Prinos, Keramoti-Thassos Port, and Alexandroupolis-Samothrace were out of operation.
Port authorities advised passengers to confirm their travel plans with the ports or travel agencies before leaving.