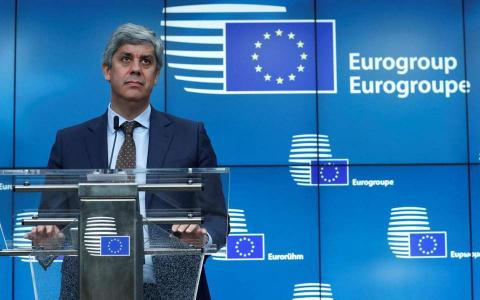 Eurozone finance ministers hope to agree on Tuesday on half a trillion euros worth of economic aid to finance recovery from the coronavirus, a discussion that has sown divisions as the bloc struggles with the outbreak.

If they do agree, the joint EU and national government responses could add up to the biggest fiscal support program in the world, surpassing that of the United States, Reuters calculations showed.

But there is no deal is in sight on issuing joint debt, something hardest-hit Spain and Italy have demanded but were denied by the more fiscally conservative Germany and the Netherlands.

The ministers will agree on three economic safety nets - for workers, for businesses and for governments, the chairman of the ministers Mario Centeno said in a video statement.

"It is arguably the most sizeable and ambitious package ever prepared by the Eurogroup...