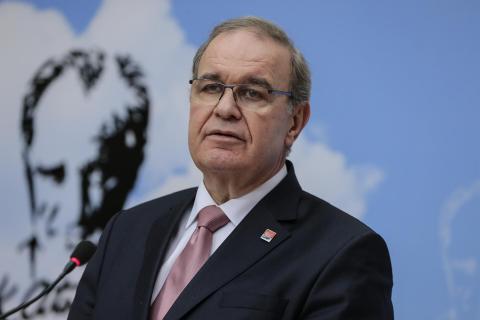 The government can print money, but it should be used only for the fight against the pandemic, Faik Öztrak, deputy chair and the spokesperson of the main opposition Republican People's Party (CHP), has said.

"The government drew up a titular 100 billion [Turkish] liras upon the precautions it announced. Everybody knows that the government did not leave any room for maneuver in the budget," Öztrak said after the CHP's Central Executive Board (MYK) meeting in the capital Ankara.

"Therefore, the issue of financing the fight against both the epidemic and its negative effects on the economy stands before us as an important problem. It is important to prioritize spending and cut unnecessary spending. We made many suggestions on this subject," Öztrak said.

He added that the "narrowed" financial area needs to be extended and this requires printing money. He also underlined the significance of taking precautions to avoid this money to be converted into foreign currencies in a bid to protect the value of the Turkish Lira.

"If money will be printed, it should absolutely be spent on measures for the epidemic. In order for this not to have a lasting effect on inflation, the strategy of exiting from monetary expansion must be put forward," he said.

These can be actualized with a new medium-term economic program, he added.

"Turkey is in urgent need of a full-fledged and technically powerful economic program. This needs to be prepared promptly," Öztrak said.

"Of course, in order for this program to be successful, it is essential to have a broad consensus on all segments of the society," he underlined.