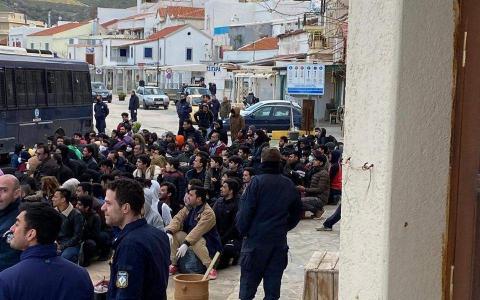 Greek authorities started on Wednesday evening the transfer to the mainland of 190 migrants who had been stranded on the island of Tzia since the Turkish smuggling ship they were onboard ran aground there on March 16.

The migrants, who were quarantined for two weeks after a few among them developed symptoms resembling those of the new coronavirus were boarding Andros Jet that would take them to Nea Kavala.

Last Saturday, health inspectors visited Tzia to test them for Covid-19 ahead of their scheduled transfer.

The small oil tanker that ran aground off Tzia has been identified as the Dorduncu, a Turkish-flagged ship that was built in 1968. Its passengers, who were able to get off the vessel safely, told investigators that they had paid smugglers in Turkey 5,000 euros each for passage to Italy.

The ship had reportedly set sail from Canakkale in...