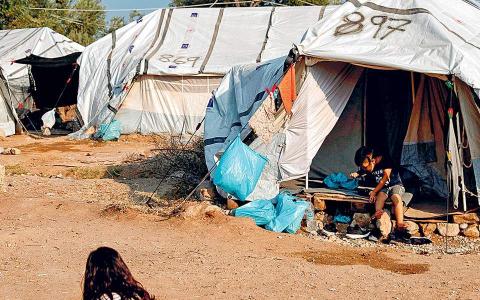 A 16-year-old Afghan youth was fatally knifed on Wednesday during a brawl with a 20-year-old compatriot outside the overcrowded Moria reception center on the island of Lesvos.

The 16-year-old was transferred to the hospital but doctors declared him dead on arrival. A fracas that followed the stabbing led to the injury of four more migrants, including a minor, who were hospitalized.
The teen was a member of a family of Afghans living in a hut on the fringes of the Moria camp.

The reason for the brawl was unclear though tensions at the camp, which is hosting some 20,000 people, are frequently high.