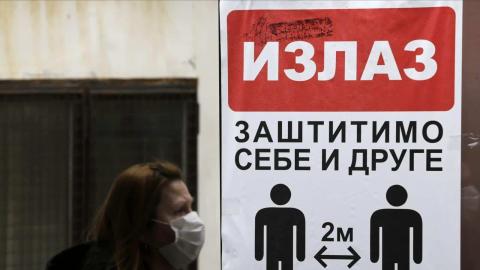 The measures imposed by the authorities to curb the spread of COVID-19 have been tightened up several times since they were first imposed in mid-March. The changes have been announced at special press conferences, usually in the evening, and then published in the Official Gazette, often with slight alterations.

Media have been quoting official statements from the press conferences immediately, then reporting on what was amended the day afterwards.

All of this has caused confusion, especially among people who entered the country a couple of days before the state of emergency was declared, and who have claimed that they were not informed of the rules they should obey.

Some people who entered Serbia before the state of emergency came into force were subsequently detained.

BIRN's fact-check shows that the confusion was initiated by unclear messages from state officials amid the rapid development of events on the ground.

BIRN analysed the Serbian government's Decision to Declare COVID-19 Caused by SARS-CoV-2 an Infectious Disease, which is the only official decree that regulates the issue, as well as all the amendments to the decision and the way it was actually implemented.

The government officially declared COVID-19 an infectious disease on March 10 and decided that restrictive measures could be applied. In the first couple of days after this, these measures were mostly imposed on foreign citizens and were applicable to Italy, Iran, Hubei province in China, Daegu and North Gyeongsang provinces in South Korea and Ticino canton in Switzerland.

On the evening of...

Sofia: Significantly Lower Levels of Nitrogen Dioxid Due to the Lower Traffic