ECB said to have urged measures worth 1.5 trln euros this year to tackle virus crisis 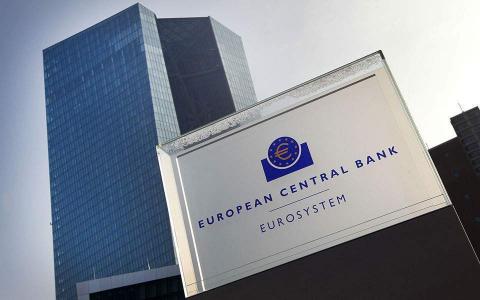 The European Central Bank told eurozone finance ministers that the eurozone could need fiscal measures worth to 1.5 trillion euros this year to tackle the economic crisis caused by the COVID-19 epidemic, officials told Reuters.

But at a videoconference that ended on Wednesday without a deal after 16 hours of talks, Germany, the Netherlands and other northern European countries were ready to support EU measures worth only 500 billion euros, officials who participated in the meeting said.
The EU support would compound national measures, but the overall fiscal effort could be not enough to meet total financing needs, officials said.

At the meeting, the EU commission estimated that the bloc's economy could shrink by 10 percent this year, but ministers remained divided and failed to agree on a common text, mostly because of resistance from the Netherlands and Italy,...