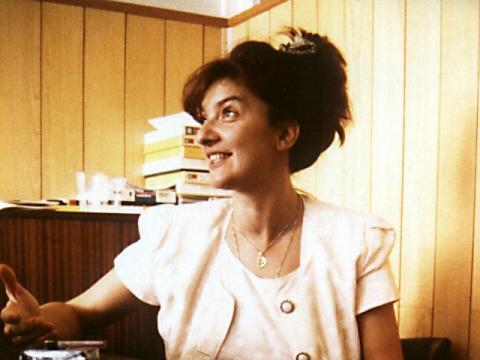 On the morning of April 8, 1994, Radislava 'Dada' Vujasinovic did not show up as previously arranged to meet her colleague and friend Vesna Malisic in Belgrade.

Both women were reporters at Duga magazine, where Vujasinovic had started working full-time in 1990. Soon after that, the Yugoslav wars broke out, and by 1994, there were already thousands of people dead in Croatia and Bosnia and Herzegovina and street killings had become a commonplace occurrence in Serbia.

Vujasinovic's reporting covered both the situation on the frontline and in her home country, and her work had attracted threats from officials and other powerful figures in Serbia.

During the day, Vujasinovic's parents, who lived in Berlin at the time, raised the alarm that their daughter had not been in touch.

"And then panic ensued, some kind of icy fear crept into all of us, and of course, at that moment we all remembered those threats as well and somehow began to fear for her terribly," Malisic said.

Later that day, Vujasinovic was found dead of a shotgun wound in her apartment in Belgrade.

But even now, 26 years later, there is still no official conclusion about whether she was killed, committed suicide or died accidentally.

Many Serbian journalists during the war years were partisan, often echoing Belgrade's official line, according to Malisic.

"They were, in a way, the extended arm of policy, let's say. Dada Vujasinovic was a different kind of journalist," she said.

"That means she did not see the war just as 'our side' and 'their side'; it was not just 'us and them', she simply wanted to see what kind of people we are and what we were doing in that war," she added.

As Vujasinovic herself wrote: "The only luck in the misfortune...