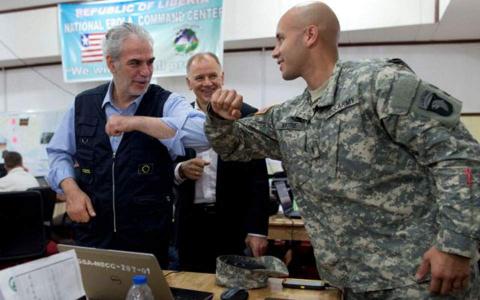 Around five years ago, Ebola was regarded as a potential threat to global health, yet even though the lethal virus claimed nearly 12,000 lives, it was restricted mainly to West Africa, where it started. One of the reasons why it did not spread beyond that part of the world was the coordinated efforts of European and American politicians and scientists.

The person who was responsible for managing the epidemic on behalf of the European Union was its commissioner for humanitarian aid and crisis management, Christos Stylianides.

The Cypriot politician speaks to Kathimerini in the midst of the Covid-19 crisis, explaining how the authorities managed to control Ebola.

It was September 2014 and candidates were being interviewed in Brussels to head the Commission under the leadership of Jean-Claude Juncker, with European lawmakers asking a slew of questions before they...