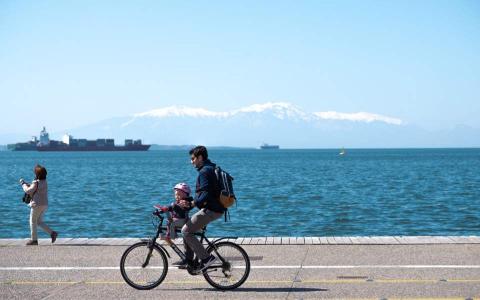 The government has announced a further tightening of measures restricting the movement of people by land, sea and air ahead of Easter as part of the effort to contain the spread of Covid-19. The measures will apply until April 27.

Deputy Civil Protection Minister Nikos Hardalias said: "Nothing has been decided yet. The battle continues and April is a very critical month." The Hellenic Police set up checkpoints on Wednesday afternoon at highway toll stations throughout the country, on side roads and on regional roads to and from urban centers. At the same time, the coast guard is conducting checks at ports.

According to Hardalias, people at airports, ports, railway stations and intercity bus stations (KTEL) will only be allowed to travel if they are carrying income tax returns certifying that their permanent residence is their intended destination.