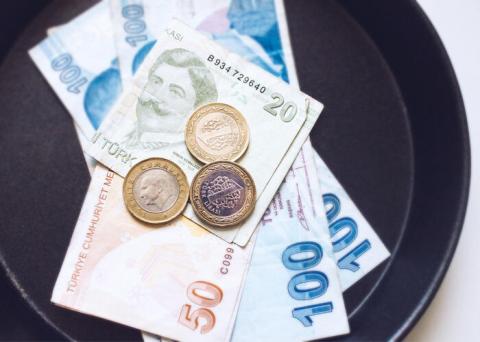 In March, the Treasury's cash revenues amounted to nearly 53.9 billion Turkish liras ($8.15 billion), showing a 21% decline on a yearly basis.

The Treasury received no privatization or fund income in March- including transfers by the Turkish Privatization Administration, 4.5G license payments, and land sale revenues.

The U.S. dollar/Turkish lira exchange rate was around 6.61 at the end of March.

Some 6.2 billion Turkish liras (around $915 million) of three-year Turkish lira overnight reference rate (TLREF)-indexed bonds- second issuance - to be settled on April 8 and mature on June 21, 2023 were sold in an auction,
said the Treasury and Finance Ministry.

The certificates will be settled on April 8, while their...