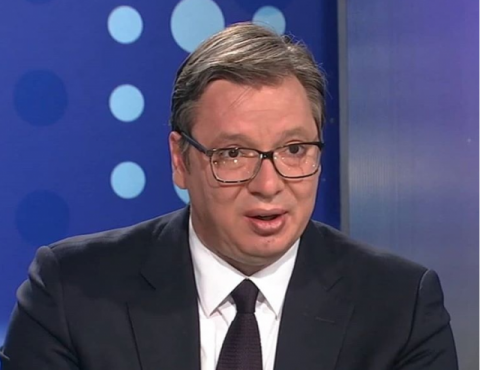 "I don't think we are far or near," Vucic replied when asked how far we are from the introduction of the 24-hour curfew on the RTS TV show "Question Mark".
The President says that 400,000 people entered Serbia, but some of them did not know if they were carrying the infection, which is the case with those who came to Cuprija, Nis, Belgrade. The president claimed that 400.000 Serbian nationals had returned home from abroad.
The results are better for Valjevo, Cuprija and Nis, Leskovac is a new hotspot, but Belgrade is still the biggest problem, the President says.
Asked if Belgrade would be quarantined for 24 hours, Vucic replied:
"I would not rule out such a decision," and adds that it depends on the numbers and statistical data.
He says he doesn't have to make the announcement 48 hours earlier.
He says he does not know what in his statement may have upset the public, adding that he is upset every night when he sees how many people die and every day when he sees how many infected people we have.
The President said that all measures had been taken to preserve the lives of the people, preventing more deaths.
"If life-saving measures make anyone anxious, I'm sorry about that, but life will take priority. Every man's life", Vucic said.
Vucic said that hospitals in Zemun and Zvezdara, VMC in Karaburma, are being filled. He pointed out that the Infectious Diseases Clinic experienced the greatest impact.
"We have no more capacities in Belgrade hospitals, there are no such problems outside Belgrade", the president says.
Almost 50% of non-Belgrade residents are in Belgrade hospitals, and people from Kosovo and Metohija are also admitted.
"Belgrade carries the biggest burden," he says.
President...