Turkish President thanks Ecumenical Patriarch for aid in coronavirus pandemic 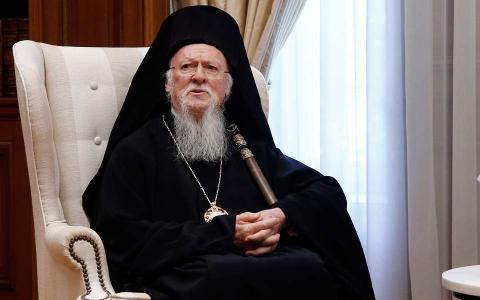 Turkish President Recep Tayyip Erdogan thanked Ecumenical Patriarch Vartholomeos for the support and donations of the patriarchate, Greek institutions in the city and donors abroad in the battle against the coronavirus pandemic, during a call on Wednesday.

According to a statement by the Ecumenical Patriarchate on Thursday, the two men spoke of other issues as well and Erdogan conveyed his wishes for Orthodox Easter to the Greek community in Turkey.

The statement also mentioned that Archbishop Ieronymos of Athens and All Greece had spoken with the ecumenical patriarch to thank him for his wishes while he was ailing, while Greek President Katerina Sakellaropoulou had sent a thank-you note for Vartholomeos' wishes on her election.