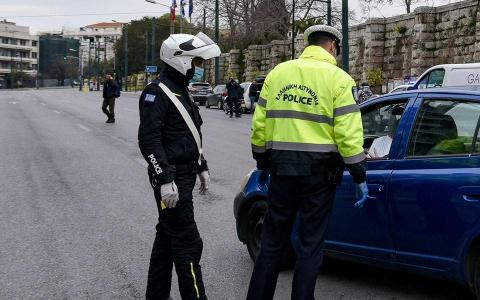 The Greek Police (ELAS) on Thursday reported 2,286 citations for violating the curfew imposed to contain the spread of the new coronavirus in Greece, as well as four arrests for the illegal operation of shops and other businesses.

In its press release published on Friday, police said it had arrested four people for keeping their businesses open, making it a total of 378 arrests since March 12, the first day of measures restricting store operation.

Authorities have reported a total of 29,141 violations since...