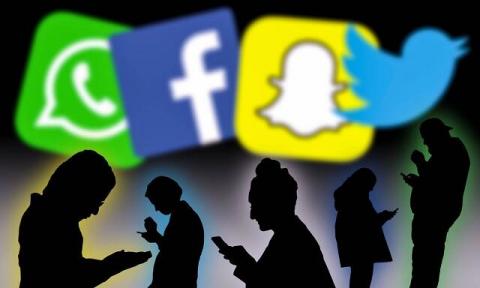 The ruling Justice and Development Party (AKP) is preparing further measures on social network platforms under an omnibus bill that will come to the parliament's agenda as part of the struggle against the novel coronavirus.

If the bill is adopted, the social network providers will be legally liable to the Turkish authorities by appointing their representatives in Turkey and if they fail to comply with the requirements, Turkish authorities will be able to limit their access by Turkish users.

The bill, called the "Draft Law on Amendment in Some Laws," envisages amendments on the "Regulation of Internet Publications and Combating Crimes Committed through These Publications" and is expected to come to parliament next week.

According to the draft bill seen by the Hürriyet Daily News, the social network providers in Turkey or overseas, which have more than one million daily accesses in the country, will have to authorize a representative in Turkey, with the Information Technologies and Communication Authority (BTK) or administrative authorities having to send a notification for the fulfillment of the requirements.

Within the scope of the amendment, real and legal persons that enable users to create, share or display content, information or data such as text, images, sound, location for social interaction in the internet environment are defined as "social network provider."

The social network providers will be obliged to hosting the data of users in Turkey within the country.

The BTK will be able to make an on-site examination or have it done...