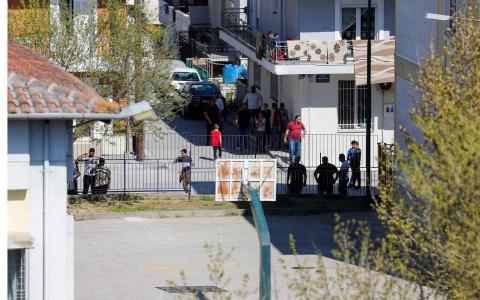 Greek authorities on Friday stressed that the continued containment of the coronavirus pandemic will be a delicate affair after quarantining a Roma settlement on the outskirts of Larissa in central Greece, following an outbreak of the virus among residents.

The settlement, which hosts around 3,000 people, was put on lockdown late on Thursday after a 32-year-old man tested positive for Covid-19. Subsequent tests on other residents at the camp revealed that at least 20 were infected.

Health Ministry spokesman Sotiris Tsiodras and Deputy Civil Protection Minister Nikos Hardalias flew from Athens to Larissa on Friday to assess the situation as health workers tested hundreds of residents. There are concerns of the virus spreading beyond the camp, which is next to an area with lots of apartments and houses.

Residents of other camps in the nearby areas of Tyrnavos,...

Cold snap to affect Greece from Sunday to Tuesday

Greece: One of the top performers on the Democracy Index for 2022

The palace on the hill

Cold snap to affect Greece from Sunday to Tuesday

Greece: One of the top performers on the Democracy Index for 2022