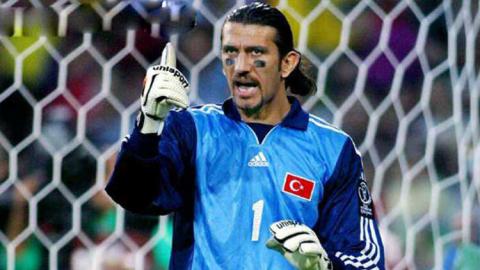 Former Turkish international goalkeeper Rüştü Reçber who was tested positive for coronavirus about two weeks ago has completely recovered.
"Rüştü has tested negative for the coronavirus, fortunately," his wife Işıl Reçber said on social media on April 10.
Reçber, 46, who went to the hospital on March 29, is an icon who played for Istanbul powerhouses Fenerbahçe and the Turkish National Football Team.
The five-time Turkish Super Lig winner also played for Antalyaspor, Beşiktaş, and the Spanish side Barcelona.
Before retiring in 2012, Rüştü had 124 international appearances for Turkey and helped his national team to a third-place finish at the 2002 FIFA World Cup.