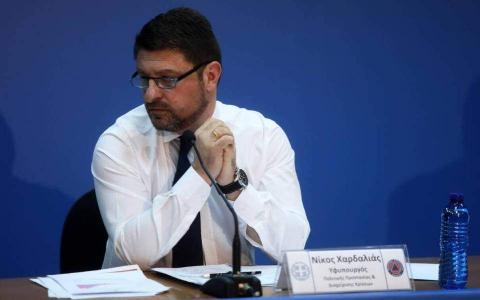 Greek health teams conducted numerous tests in several retirement homes around the region of Attica in the past 48 hours after at least 12 residents in a home in Nea Makri, east Attica, tested positive for coronavirus, Deputy Minister of Civil Protection Nikos Hardalias said on Monday's regular briefing.
The infected residents were transferred to Athens' Sotiris Hospital.

Hardalias called on those managing retirement homes to take all necessary precautions to protect the health of their residents, noting that checks will be regular to establish compliance.

He also announced that the quarantine imposed on the northern Greek villages of Echinos in Xanthi and Foustani in Pella will end on Tuesday (April 14).

Commenting on the measures that will apply for churches during the Orthodox Holy Week, which started on Monday, the deputy minister warned that clerics...

US Embassy, consular services to remain closed on Monday

Staff shortages in Cyprus tourism in 2022

Brave road win for the Reds, victory at last for the Greens

The last king of the Hellenes