CHP urges parliament not to recess due to COVID-19 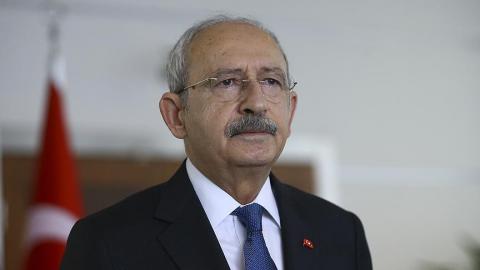 The Turkish Parliament has to continue to work in a bid to lend support to the ongoing struggle against the novel coronavirus, the main opposition leader has said, in reaction to the ruling party's plans to recess the parliamentary works for 45 days.

"Why the parliament which remained open even during the War of Independence is now going to be recessed? This is not right," Kemal Kılıçdaroğlu, leader of the Republican People's Party (CHP), told the T24 website in an online interview on April 15.

The ruling Justice and Development Party (AKP) is planning to recess the parliament after the legislation of some important bills at least for 45 days as part of the measures against the spread of the coronavirus.

The parliament has been busy recently with the approval of a controversial criminal execution law that paved the way for the release of around 90,000 inmates and an omnibus bill that brings about new regulations to ease the economic impacts of the measures aiming at curbing the spread of the virus. There are a few legislations that the AKP wants to approve before the parliament closes.

"We don't understand why the parliament would go to recess. The AKP and its ally, MHP [the Nationalist Movement Party], may think that there would be no need for the parliament as they have already passed the omnibus bills," Kılıçdaroğlu stressed.

The decision to suspend the parliamentary works is "a reflection of the one-man regime," he argued.

Kılıçdaroğlu also criticized the government for excluding journalists and activists from the content of the criminal execution law.

"This bill has ruined the public conscious over justice. Those who had held knives and guns in their hands will be freed but journalists holding pens are...