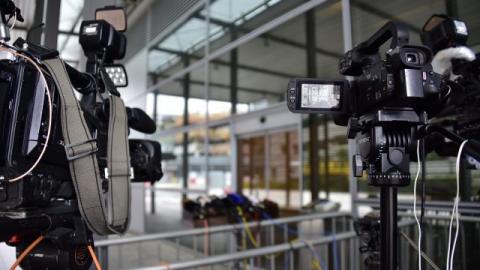 Media freedom in Turkey, Bulgaria and Montenegro is the worst in the region, according to the 2020 World Press Freedom Index, published on Tuesday by Reporters Without Borders - but other Balkan countries have largely failed to improve.

"In southern Europe, a crusade by the authorities against the media is very active," the report warns.

"Turkey is more authoritarian than ever," the report says, noting an increase in media censorship, particularly of online outlets, despite the release of a number of imprisoned journalists.

This highlighted the lack of independence of Bulgaria's public broadcasting media and the hold some political leaders have over their editorial policy.

In Montenegro, which is ranked 105th, the report notes no progress, adding that authorities favour pro-government outlets while exercising pressure against other media outlets and journalists.

"In May 2018, investigative journalist Olivera Lakic was shot in the leg. Like in many previous physical attacks on journalists, Lakic's case is still unsolved," the report adds. It also mentioned the recent arrests of three journalists on suspicion of causing panic and disorder by publishing fake news.

Serbia is ranked in 93rd place. "After six years under the leadership of Aleksandar Vucic… Serbia has become a country where it is often dangerous to be a journalist and where fake news is gaining in...

Call for Minority Govt in Montenegro Gets Cold Shoulder