Budapest to Belgrade: All Aboard the Secret Express 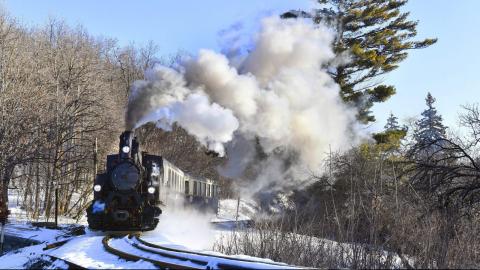 Yet even before a sleeper is laid, the Hungarian government has thrown a cloak of secrecy over the project, raising serious questions about transparency and accountability.

On April 8, the government submitted a draft bill to classify details of the Budapest-Belgrade railway plan, ostensibly to protect national interests.

The move came less than a week after parliament passed a controversial "coronavirus law" granting Prime Minister Viktor Orban the right to rule by decree for as long as he wants.

Critics say the government's new "sweeping powers" could undermine democratic checks and balances. Others go further, claiming Hungary has become a virtual dictatorship, though contrary to expectations, parliament has not been suspended.

A vote on the draft bill is expected to take place in May.

The railway is to be built and financed mostly by China as part of Beijing's Belt and Road Initiative, a complex network of projects to revitalise trade routes along the ancient Silk Road.

The cost of the Budapest-Belgrade link is exorbitant: two billion euros and counting. That makes it the single most expensive rail investment in Hungary's history.

Some critical news outlets have calculated that in a best-case scenario it would take 130 years to pay off the investment — and in a more realistic one, 2,400 years.

The government argues that the investment is of the "highest public interest". Even so, it says the release of any details of the treaty "could endanger the enforcement of Hungary's foreign policy and foreign trade interests".

In a fiery parliamentary debate on April 8, politicians from Orban's ruling Fidesz party defended the project but wasted few words explaining why it needed to be a state secret.