Lagarde draws line on how far ECB largesse can go 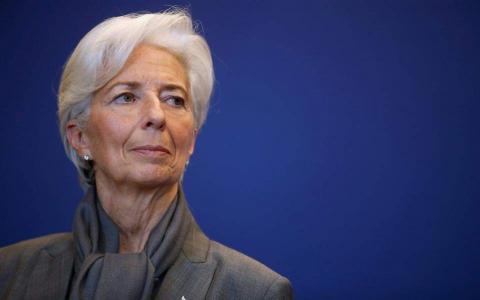 European Central Bank President Christine Lagarde drew the line on how far the ECB could go in helping virus-stricken eurozone countries on Wednesday, saying lending to governments directly would be illegal and handing out cash to citizens difficult.

The ECB is on course to buy 1.1 trillion euros ($1.19 trillion) worth of mainly sovereign bonds this year to keep credit cheap for governments, households and companies struggling with the pandemic. It has pledged to do even more if needed.

With the Bank of England already lending to its own government, investors have been speculating about which other central banks would follow suit as the world grapples with the worst recession in almost a century.

But Lagarde drew the line at buying debt directly from eurozone governments and poured cold water on the notion of "helicopter money" drops for households.

Poland and Hungary ‘are being attacked,’ Polish ambassador tells Kathimerini