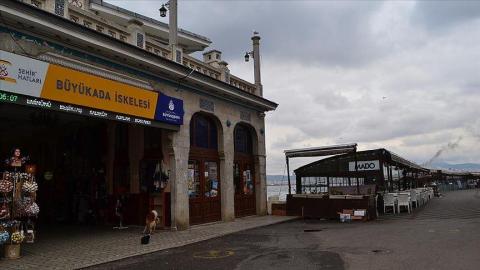 Istanbul's popular tourism destination Princes Islands will suspend entrance and exit for a week, starting April 26 according to district governorate on April 23.

The decision came upon the weather becoming warmer which is concerning in struggle against the coronavirus.

The islands are home to many activities which is why people start traveling as summer is coming.

In this context, it is reported that all entrances and exits to the Islands will be stopped temporarily until Sunday, April 26, 24:00, and May 31, Sunday, 24:00, excluding exceptions.

It was stated that the activities of hotels, motels, camps, clubs, and social facilities in the islands within the framework of the decisions taken were stopped during this period, and it was forbidden to cruise with private boats within the boundaries of the district.

In the statement, it was noted that since the majority of the employees of the public institutions in the district reside outside the district, it was decided to take flexible working measures that would not hinder the service.