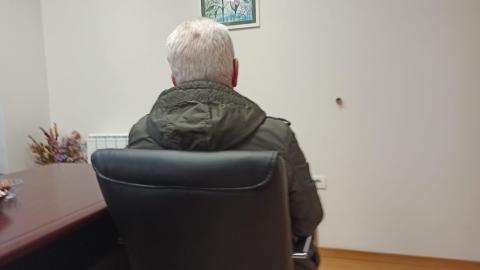 "The third day I left the concentration camp, I confided to my wife what I had been through," he recalled. "She helped me the most. Unfortunately, she got diabetes from a lot of stress and she passed away few months ago."

He said he was also helped by the Medica Zenica team led by director Sabiha Husic. Medica Zenica was founded in 1993 and was the first NGO to help female survivors of sexual violence. Seven years ago, the NGO realised that it needed to start supporting men too.

"I met director Husic at a conference in Sarajevo where women's rights were being talked about," said the former prisoner. "There is usually talk about women who have been raped or sexually abused. And then I told them there were men who survived it."

He said that he thinks it is much harder for men who have been raped or sexually abused to talk about it.

"There are so many questions about how can it happen… Unfortunately, it can," he said.

"There are more men who have not spoken out, and they never will. I wouldn't have either if things didn't turn out the way they did. It's hard. It has to be dealt with. I survived it and nothing can compensate for it. You carry it inside you, like a bomb," he continued.

Medica Zenica helped him to get the officially-registered status of 'civilian victim of war'. According to the law, registered civilian victims of war are entitled to benefits, which for survivors of sexual abuse and rape amount to 594 Bosnian marks (304 euros) a month.

Securing the status took two years and the case had to be taken to court, he recalled.

"The process was very difficult. A lot of statements have to be made, some of which are inappropriate and...