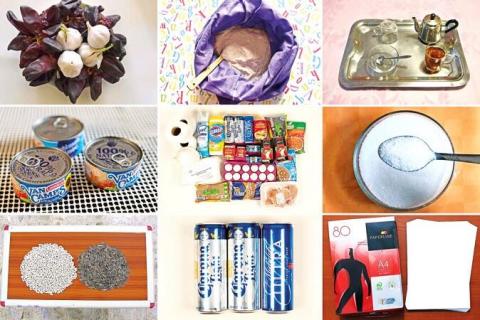 The winner for most bizarre shortage of 2020 is Afghanistan, where a rumor about a mustachioed newborn advising the purchase of black tea sent people flocking to the shops.

"I will live for two hours and have come to tell you that black tea is the cure to this virus," reads the quote accompanying a picture of the baby, purportedly from the eastern province of Nangarhar, widely shared on Facebook.

The run on the ubiquitous black tea briefly tripled prices before the rush calmed.

In Mexico, beer, along with tequila, is a drink of choice. When the country went into its lockdown, the two national beer giants Heineken and Grupo Modelo, which makes the country's beloved and now unfortunately-named Corona brand announced they would stop producing.

That prompted a wave of panic purchases and a defiant Twitter campaign: #ConLaCervezaNo, or "Don't mess with the beer."

Sri Lanka tried to keep its population from engaging in such vices: It has enforced a total ban on alcohol and cigarettes since its lockdown began on March 20, leading to an explosion in home brewing, an excise official said.

The do-it-yourself distilling has caused a run on sugar, a key ingredient in producing the local moonshine known as kasippu.

There had even been suspected "staged" robberies of liquor stores as shop owners tried to sell the precious commodity under the radar.