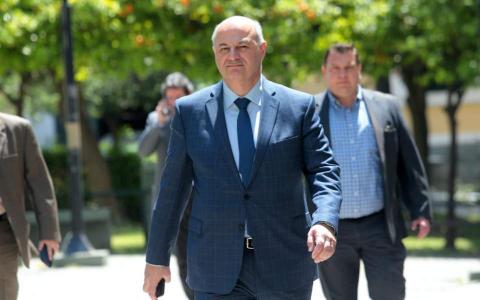 Justice Minister Konstantinos Tsiaras expressed satisfaction over the reopening of Athens courts on Tuesday and the "successful" resumption of judicial proceedings.
Tsiaras visited the capital's Court of First Instance to see first-hand the implementation of the measures to protect against the spread of the virus, and noted that they were strictly adhered to by the public as well as judicial officials and employees.
In a statement, he said the public "showed unprecedented responsibility, maturity and, of course, consistency in its efforts to follow the guidelines" issued by the National Health Organization (EODY).