Church of Greece: The coal, the archbishop, the PM and the pandemic 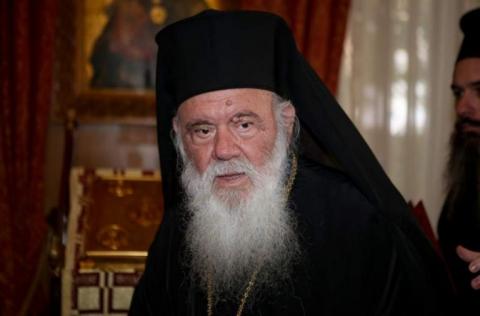 Back in the early 1980's when Archbishop Seraphim was at the height of his power and clashing openly (and successfully) with Andreas Papandreou over his bid for state expropriation of monastic lands and properties (attempted by his ill-fated minister Antonis Tritsis) ) Church-State relations were sorely tested.

The monasteries were vindicated finally in the European Court of Human Rights.

'Τhe church is like coal, it burns you when lit, soils you when cold'

Seraphim famously quipped at the time that the Church of Greece is like a piece of coal. If you touch it when lit you are burned and if you touch it cold you are soiled.

In short you can't beat the Church either way.

The triumvirate with two archbishops

At the time a three-member committee comprised of Metropolitan Christodoulos of Dimitrias (Volos), Ieronymus of Thebes, and Anthimos of Alexandroupolis (Christodoulos backed his election as Metropolitan of Thessaloniki) represented the Church in its battle with the state, and they all addressed huge crowds from a balcony at the height of the strife.

The first two later served as archbishop, in the order cited.

The current archbishop in the past complained that the camp of his main opponent Christodoulos concocted a bogus church finances scandal  so as to besmirch and torpedo the candidacy of Ieronymos, who chaired the finance committee.

Ieronymos was later vindicated in the courts but Christodoulos was archbishop.

Anthimos is unable to keep up the pace of his earlier years but remains as bishop of the Church of Thessaloniki.

Its patron saint is Saint Demetrius whose relic is preserved and venerated...