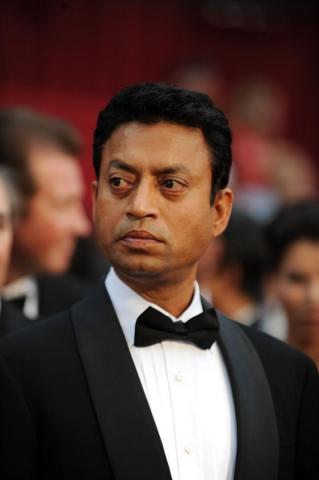 Indian actor Irrfan Khan, known for his performances in both Bollywood and Hollywood, passed away on April 29. He was 53.

"It is saddening that this day we have to bring forward the news of him passing away," a statement by his publicist read.

"Irrfan was a strong soul, someone who fought till the very end and always inspired everyone who came close to him. Surrounded by his love, his family for whom he most cared about, he left for heavenly abode."

The actor who won the Padma Shri award, India's fourth-highest civilian award, in 2011 was a recent cancer survivor, and had been admitted to a Mumbai hospital with a colon infection.

He spent most of 2018 and 2019 battling high-grade neuroendocrine tumors in London, and returned to Mumbai just a few months back.

Khan lost his mother, Saeeda Begum, 95, three days back, and could not attend the funeral due to a nationwide lockdown in place to slow the spread of coronavirus.

He was last seen in Angrezi Medium, released in early March this year. Other Bollywood hits he acted in included Lunchbox, Hindi Medium and Paan Singh Tomar. His international projects such as Life of Pi, Slumdog Millionaire and A Mighty Heart won him accolades worldwide.

The actor was born in Jaipur, Rajasthan, a state in western India, to a Muslim family. His middle-class family had no links with acting or Bollywood. He studied his passion only after receiving a scholarship from the National School of Drama in New Delhi in 1984.

He is survived by his wife and two sons.

The passing away of the actor came as a shock to the Indian film industry.

"Just getting news of the passing of Irfaan Khan. This is the most disturbing and sad news ..An...