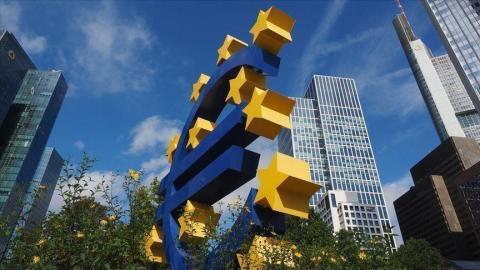 The European Central Bank (ECB) is not expected to take additional measures and could implement a "wait-and-see" policy amid the coronavirus crisis, according to economists.

The ECB announced at its latest meeting that temporary new long-term refinancing operations will be provided to support the Eurozone financial system, said Peter Vanden Houte, chief eurozone economist of ING Bank based in Amsterdam.

The ECB also decided to initiate an asset purchase program worth 750 billion, he added.

All of these measures will be evaluated at the meeting on Thursday.

"We don't expect the bank to decide on additional measures this week," he said.

"With regards to interest rates, the ECB has already come to the conclusion that a further rate cut, deeper into negative territory, would probably do more bad than good, as it puts further pressure in the banks' interest margin," he added.

Given the depth of the contraction, low inflation and falling inflation expectations, he said, we would expect the ECB to step up its pandemic emergency purchase program.

"The June meeting, would be the right moment to announce such an increase," he concluded.

Sharing similar views, Commerzbank's senior economist Michael Schubert said he does not expect the ECB to decide on any additional measures at Thursday's meeting.

"ECB should suggest a wait-and-see stance," he said.

The falling rate of COVID-19 infections world over, he said, has raised hope "that confidence will return among the population, the economy and the financial markets".

According to him, additional measures by the ECB will then probably not be necessary, or at least the central bank can afford to wait until the June meeting.