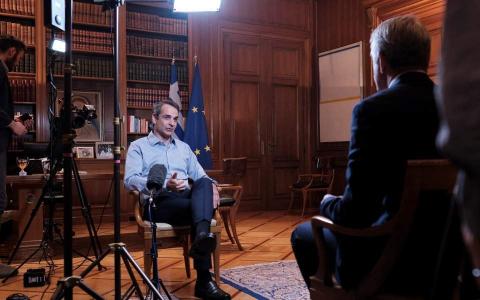 The European Union needs to decide on new health protocols that will allow tourists to travel again, Greek Prime Minister Kyriakos Mitsotakis said in an interview with CNN aired on Monday.

Asked about tourism, which makes up about 18 percent of the country's economy, he said that in the "best-case scenario," Greece would be to open on July 1, even though the exact date also depends on the airlines and the implementation of strict health protocols in foreign flights.

"All southern countries are heavily dependent on tourism. The real question is will we be able to have tourists come in the later parts of the summer," he said.

Asked whether this will be possible, he responded: "Only if we agree to very specific protocols. Hopefully at a European level."

This could involve people getting tested before they fly out and then they are carefully monitored once...