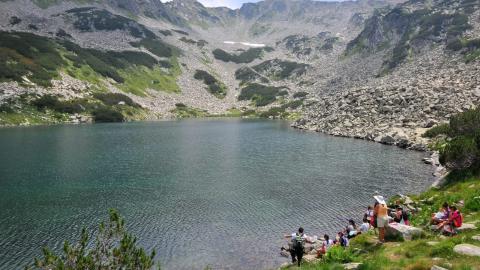 The Bulgarian Supreme Administrative Court has suspended the implementation of Pirin National Park's new management plan, which would have allowed construction in 66 per cent of the park's territory and logging in 48 per cent, said campaign group WWF-Bulgaria.

The court's decision came after a lawsuit was filed in 2017 against the Ministry of Environment and Water by WWF-Bulgaria and the Association of Parks in Bulgaria. The ruling was made on April 29 but was not widely publicised.

"The final decision of the Supreme Administrative Court marks a milestone for nature conservation and the rule of law in the country - not only because of the final outcome, but also by setting new standards and a new court practice in the field, which will positively impact protected areas and Natura 2000 sites [core breeding and resting sites for rare and threatened species] in the country in the future," Kavrakova said in a statement.

Increased construction work in the area has been a long-term concern for activists as the last three ministers of ecology, Irina Kostova (2017), the recently imprisoned Neno Dimov (2017-2020) and Emil Dimitrov (since 2020) all supported the park's new management plan and claimed that there was no need for it to be accompanied by ecological check-ups.

The situation reached a tipping point two years ago when the government's decision to allow further construction in the national park, a UNESCO heritage site, sparked large protests in Sofia in January and February 2018.

On Sunday, access to mountains and green areas was restored as part of Bulgaria's strategy to ease measures imposed to curb the spread of the coronavirus.