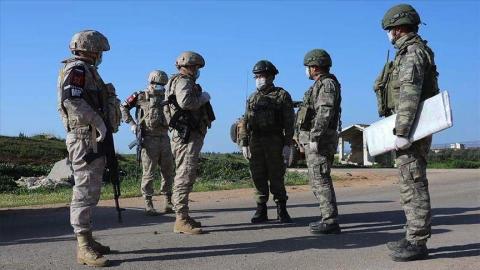 Turkish and Russian forces have carried out their eighth joint patrol along a key highway in northwestern Syria, Turkey's National Defense Ministry said on May 5.

"Within the framework of TUR-RF Agreement/Protocol, the 8th TUR-RF Combined Land Patrol on M-4 Highway in Idlib was conducted with the participation of land and air elements," the ministry said on Twitter.

The seventh joint patrol was carried out last week, on April 30.

This March, Ankara and Moscow agreed on a protocol urging parties to "cease all military actions along the line of contact in the Idlib de-escalation area."