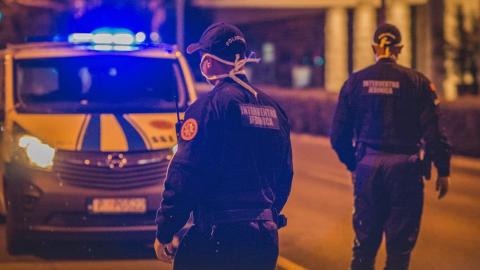 "A criminal complaint has been filed against Cabarkapa and the state prosecutor has stated that he offended Montenegro's reputation in a published post," the police directorate said.

On Sunday, Cabarkapa posted altered lyrics to the national anthem, Oh Bright Dawn of May! in which he stated "we are sons of your cocaine and keepers of your heroin", as "our dear homeland is known for drug trafficking".

The Law on State Symbols prohibits anyone from changing the national anthem and performing it in a way that offends Montenegro's reputation and dignity, stipulating fines of up to 20,000 euros.

In a joint action, Institut Alternativa, LGBT Forum Progress and journalists of the daily newspapers Dan and Vijesti shared the offending post on Facebook on Wednesday, protesting over the arrest.

"By sharing this song on Facebook, we resist the suppression of free speech and freedom of expression, and protect and safeguard the Montenegrin constitution, and thus its dignity and reputation. Share, don't be afraid, they can't arrest us all," they said.

This is not the first arrest for posting on social networks in Montenegro. After the COVID-19 pandemic started, in separate cases, two Montenegrins and one Russian citizen were arrested for spreading fake news on social networks.

On April 9, police arrested an opposition Democratic Front activist for posting fake news about the health of President Milo Djukanovic.

Radovan Rakocevic from the town of Bijelo Polje was put in custody for 72 hours for the offence of spreading panic. Rakocevic had shared an article on Facebook from a Belgrade tabloid, Alo, which claimed that Djukanovic had been infected with the coronavirus.